Home » Meet the Team » Our Trustees 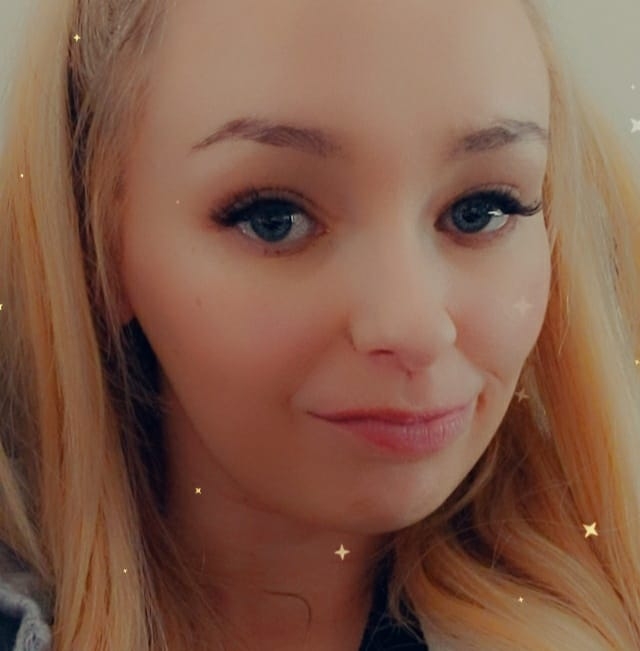 Growing up I was a ‘normal’ child I live in Balbriggan in North Dublin. I am now 28 years old and live independent to my family. I have a younger brother and two older sisters. At 17 me and my oldest sister were diagnosed with a condition called Ataxia Telangiectasia. In 2012 I started using a walking frame to help get around and in 2014 I realized it was safer to use a wheelchair. Now using a wheelchair, I have more energy and do more than ever.

“When I was asked to be involved with Ataxia Foundation Ireland I said YES straight away. To know that this foundation is all for the members makes me so happy, all I have ever wanted to do is let other people with Ataxia know its not the end of the world and with this foundation I hope people realize that you can have a good and easy life even with a disability like Ataxia”.

That’s the message I want to tell all the members. It feels strange calling them members because tir not just members. Over the years of meeting people with Ataxia we all became a family. A big family who are there for you whenever you may need them.

Hi I am David Hanly and I am 29 years old. I live in County Laois, just outside Carlow town. I was diagnosed with Freidreichs Ataxia when I was seven years old. I attended primary and secondary school in Carlow where I made many friends. After school I studied computer science and accounting briefly at Carlow IT but found I lacked an aptitude for either of these subjects. I then went to Saint Patrick’s college in Carlow and studied Humanities through their Access programme and after five years I received an honours degree in Humanities from there. I really enjoyed my time in college and received amazing support and assistance. I am a full time wheelchair user since 2006. I have travelled to New Zealand to Los Angeles and to France several times and to the UK.

“I am delighted to be part of Ataxia Foundation Ireland and hope to be able to deliver support and assistance to people who have Ataxia and need help to live fuller lives”. 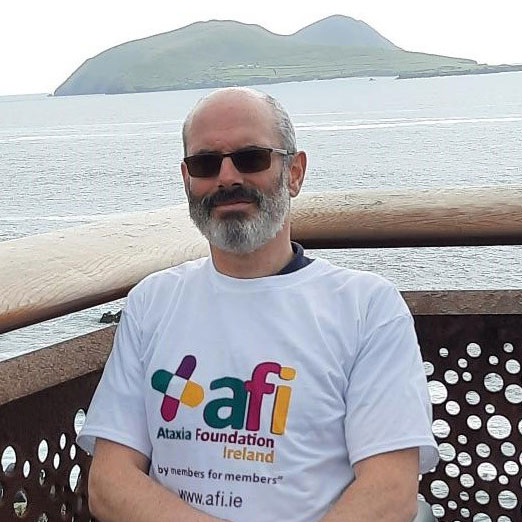 Hello my name is John Kelleher and I am 35 years old. I was diagnosed in 1998 with Friedreich’s Ataxia. I was walking, running and playing sports at the time. I was in hospital for an unrelated operation when diligent doctors noticed I walked with a very wide gait. I didn’t notice anything strange. At the time I was told I would end up in a wheelchair and that there was no cure or treatment. I thought I might be 50 or 60 getting a wheelchair. I was 28 when I got my first wheelchair. Up until 23 I played golf. Now I use a wheelchair full time. My life has changed yes but I work (as an IT Developer), socialise, travel, have my hobbies and I am independent. I have travel led around the world Iceland, Australia, USA and the UAE. I am very lucky to have great family and friends whom have helped me out when needs be. Slowly my abilities are lessening such as getting around, getting dressed are becoming slower. I have a recumbent trike and I do some physio work to slow down FA as much as I can. The recumbent trike helps a lot in my opinion. In 1998 there was no treatment no cure now there still isn’t but there is a lot of promise.

“I want to share my experiences to help others with Ataxia’s, via Ataxia Foundation Ireland I can do this”.

I am 58 years old, the oldest of three children, I got very sick when I was ten years of age, that was 1973. The Medical world wasn’t then what it is now and, I was being treated by Orthopedic surgeons, and not Neurologists for many years before eventually getting to see one, so I had no diagnosis, for 27 years despite my sister being diagnosed 10 years after me visually. I eventually was diagnosed with an unknown FA.

I like, many young people facing into the unknown with FA, withdraw from society to try to deal with it ourselves, and my school friends did their best to keep in touch but eventually you are on your own, you dread the visitors and relations calling and you go nowhere, it’ similar for all ages, affected in different ways, through school, teens wanting to be “Normal” find boyfriends or girlfriends perfectly normal things for anyone to want there’s anger, frustration, for me I woke up one morning deciding, I needed to get a job to sustain my interest in music and racing bikes, we lived in the country at the time, but hitched a lift into town and went to the local bakery and the owner gave me a part-time job 6am to 8:30, and 9:00 to school, Saturdays 6 to 11:00 and fulltime during the summer bakery work and wash 6 delivery vans. Carrying trays of bread each with 12 loaves of bread sometimes 2 trays at the same time while wobbling with FA, never fell once and I reckon was the best physio I could get while I worked, not one person treated me with sympathy, obviously that was just my story but laugh every day don’t give up, I have the lived experience of FA and there’s not much I haven’t experienced and am using that to help our members.

I have 45 years of experience of Disability and because of the nature of Friedreich’s Ataxia, have experienced many stages of disability along the way and want to do my part to improve the lives of disabled people in Ireland.

“I want to do what I can to improve things for people with ataxia and disabled people in general and Irish societies attitude towards it”.

My name is Ria McDermott, I became a Director/Trustee of Ataxia Foundation Ireland in June 2018. My current role within the organisation is Treasurer. I have a wealth of experience as an Accounting Technician / bookkeeper. My skills set suit this role.

Having been involved as a volunteer within other organisations in the past I am delighted to have joined Ataxia Foundation Ireland in the summer of 2017. Since joining AFI I’ve had many enjoyable occasions with members and volunteers alike, our members are truly amazing people.

I joined AFI as a Trustee for many reasons but mainly to be involved in overseeing that AFI continues to prioritise members as well as being a member myself. I would love nothing more than to see the quality of life of all our members improve immensely.  I have made a huge number of friends in the Ataxia community over the last 17 years and to add to my experience I have worked in the Disability sector for 15 years ongoing.  I have a huge interest in research towards a cure and in 2019 took part in a neurological research project. I am a member doing this for members in line with AFI’s slogan. 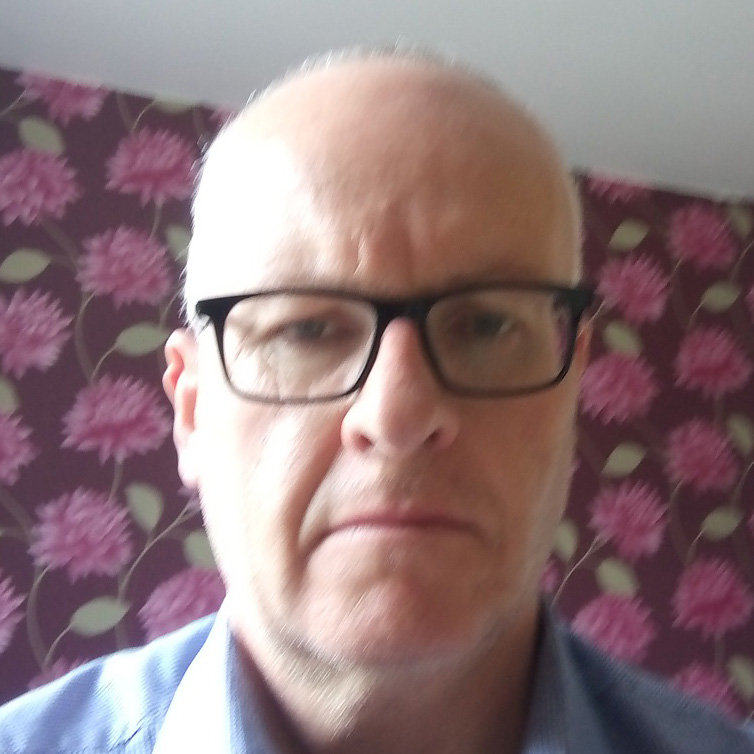 My name is David Power. I started volunteering with Ataxia members 21 years ago and have got a huge amount out of my involvement over the years. I have become friends with many wonderful people over the years through my involvement and it has given me a much better understanding of the challenges faced by people with a disability such as an Ataxia.

When Ataxia Foundation Ireland was established, I agreed with the ethos set out by the founder, that the majority of the Board should be made up of members with an Ataxia as they would be best to understand and represent members and their families. I felt that I could make a contribution to the new Charity as I had experience over the years of being involved in a couple of other Charities and had been Secretary and Chairperson of another Charity for some years. As we are such a new Charity, I felt my experience would be of benefit to AFI and I was happy to take on the role of the Company Secretary when I was nominated.

I hope that my time on the Board will help to establish AFI as an effective Charity in representing members and their families. I would like to see that members feel an affinity to the Charity and feel that they have an input into how it represents them. I also hope that members will think it worthwhile to become involved in AFI and over future years become Committee members and join the Board. During my time on the Board, I want to see that that the Charity Regulator is satisfied that AFI is a compliant and transparent Charity and that the HSE will begin to provide meaningful funding which will have a positive effect on our members. 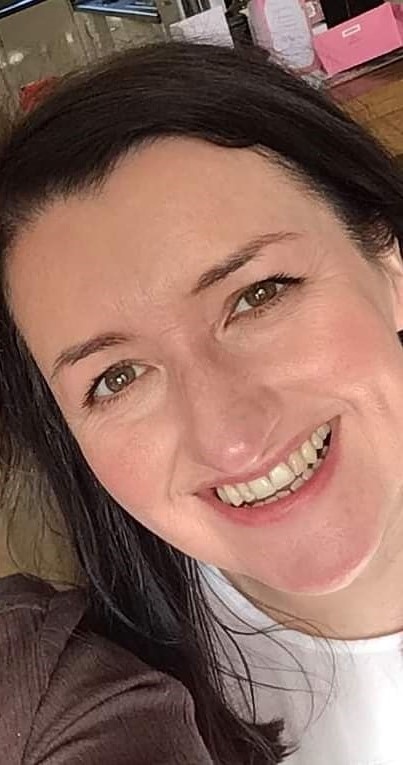 It is crucial that the majority of Board Members have a lived experience of Ataxia. Anita, three of her siblings and one second cousin have Friedreich Ataxia – so she has personal experience from different generations.
Anita was employed as a mentor for disabled people, working towards goals in supported living. Anita was employed freelance as a Disability Equality Trainer. From her wealth of experience, she is focused on the individual member. Anita’s approach is grassroots influenced. Since 2019 Anita volunteers with the Service User Engagement Group in the Reform of Adult Social Care within the Department of Health, highlighting issues to a wider decision-making on a Northern Ireland basis.

Anita has been an AFI member since its conception and joined the Board in 2019. Anita role within the Board is maintaining that members voices be heard. AFI mantra is ‘by the members for members’ and this a philosophy which she heavily endorses.

Pre-Covid she would have invited members to her home for lunch. And has also been to their homes. Anita finds this is the best way to promote independent living, tailored to the individual. Anita maintains contact with members via telephone, text and email throughout lockdown. Anita has attended members events via zoom and encouraged others to join-in. Anita has encouraged members to contribute articles to the newsletter. Anita has also taken part in AFI fundraising events and her family have fundraised significant amounts.

“When I was younger, disabled people weren’t seen, diminutive to wider society, but legislation and attitudes are changing - our voices have become louder! I want AFI to be an active part of this shift. I would see myself as identifying members to become empowered. Having higher profile roles within society, we can influence future generations. It’s a case of ‘well he/ she can do it, why I can’t I’? We need role models.”